This blog represents the insights from the 2nd international workshop in the PROSEU project, hosted by Eco-Union, University of Lisbon, University of Porto and DRIFT. It should be read as a reporting of the workshop day.

On the 29th of April, the second international workshop on the Future of Energy Prosumerism took place. The lovely sites of Barcelona were replaced by a virtual meeting space in zoom, but the PROSEU team was still able to accommodate 40 participants. Collaboratively we explored the guiding question of the day: ‘How to mainstream active participation in the energy transition and make sure no one is left behind?’

The E-workshop was set up to 1) explore important aspects of inclusiveness and its relevance for Prosumerism and 2) to co-create roadmaps for mainstreaming of Prosumerism in 2050 (for the full programme see here). Short pitches of invited speakers, followed by deepening discussions provided the participants with valuable insights on subthemes of inclusiveness, like gender, energy poverty and energy literacy. Next to that a backcasting exercise in four group sessions, stimulated participants to envision different Prosumerism futures and challenged them to identify key moments, actors, societal conditions and events that could form these futures. A fun and valuable exercise for participants and also to PROSEU-researchers, supporting the design of a Prosumerism roadmap for 2050 (See illustrations below).

Setting the prosumer scene and its challenges

The workshop was kicked off with a keynote by, Nuno Brito Jorge (PT), president of Coopernico, a large Portuguese energy cooperative. The main argument of his presentation was that energy is the people’s resource and that it should be produced by end-users and communities. By providing us with insights in the impact of a cooperative like Coopernico and stressing that there are at least 265 crowdfunding platforms for sustainability projects in the EU, the assumption could be made that small entrepreneurship in energy production is receiving growing interest. Moreover, evidence is growing that homes and Small and Medium Enterprises (SME’s) and Renewable Energy Cooperatives hold serious potential for future electricity production in the EU, with respectively 28% and 17% in 2050.

With these first insights from Coopernico, a conceptual and semantic discussion on the concept of inclusiveness began. It became clear that issues related to inclusiveness can be rather implicit and require specific attention. For example, when organisations grow organically and have economic and ecological concerns as the main pillars of the initiative - like in Nuno’s case - close friends and family are asked to take part and invest in the projects. It makes sense for a start-up to approach the close network at first, but it thus inherently also excludes others from the process. Thus, ensuring inclusiveness requires specific attention. Who is involved and thus represented by the cooperative? Valuable questions were raised by the participants:

It was clear from the discussions that all decisions in the organisational set up of the REScoop or the Crowd-funding platform have a significant impact on the groups you include and who will be able to participate. An insight that also came to the fore later in the discussion after the presentation of Marco Guetle, Bundnis Burgernergie, on Community Energy in Germany.

In the second part of the workshop these questions were deepened by discussions in breakout sessions on specific issues of energy inclusiveness. We started by learning that the female perspective is still underrepresented and underappreciated in the energy transition  from Christine Lins, Global Women’s Network for the Energy Transition, who gave a pitch on energy & gender. It appears that communities are being built for women to gather and support one another, but that there are little to no policies yet that target the increase of women in the sector. Also, it was stated that women are mostly involved in local energy communities at the moment, but that it is necessary to have female perspectives in the top of the sector as well. Providing specific training was considered valuable as well as having visible role models pave the way for more women to gain a more significant role in the sector.

Marta Garcia (ES), Ecoserveis, an NGO for Energy Justice, then provided the group with insights on the fact that at the moment one in four European citizens live in energy poverty. That means 125 million people in Europe alone have limited access to energy and difficulty paying the energy bills, leading to an inability to heat cool or light one’s room. To tackle this and prevent social inequalities from increasing even more, it is necessary to take these groups into account when transforming the energy production. Since the vulnerable people of the population, single-parents households, older people or children are already behind, they could be disadvantaged even more. Both prosumers and social/energy policies should therefore target the inclusion of these vulnerable groups. It was also added, that overcoming administrative governmental silos could support making a transition towards local renewable energy production possible for all.

Other lessons that were drawn from the pitches were that (1) knowledge gaps are not to be underestimated and it is important to know what you're talking about and to be able to explain it to others. Mojca Drevensek (SI), Consensus, a communication consultancy for responsible societies, provided the group with 7 principles of Energy Literacy and emphasized that energy literacy is the glue to the transition. Kirsten Notten (NL) from Buurtwarmte, a local health initiative, then showed how diversity is valuable in community initiatives and how the different roles of ‘do-ers, critical thinkers, organisers, communicators, financiers, mandate givers’ are needed. Her main message (2) was that it is important to know why people are involved and what motivates them, in order to bind them together on common grounds. Finally, Marco Guetle (DE), Bundnis Burgernergie, a cooperative from Germany, was able to instigate a discussion on the impact that specific choices of an energy community on the organisational model have for its inclusiveness. For example, a cooperative is more inclusive than a private organisation, because there is often a low threshold for financial investment. His lesson for the participants (3) was that societal transformation and inclusiveness becomes an issue of communication and political will to get a more diverse group of individuals involved.

The backcasting session that was hosted by the PROSEU-team appeared a bit challenging at first (it was supposed to cover two days in a live setting), but turned out to be an insightful and fun exercise. Based on the synthesis of enabling and impeding societal conditions, PROSEU researchers were able to develop potential future scenarios (see image below), representing development paths between the tension of more privileged or inclusive energy futures. In the co-creative sessions, participants were stimulated to imagine and further specify what an inclusive energy future could and should look like, and also think about the steps that need to be taken or events that need to occur to get there.

It was comforting to hear the idealistic visions participants have for the future, but also to collaboratively identify concrete actions and conditions that need to be reached to make these future possible. Some overarching ambitions were to have abundant Energy for everybody in 2050 and eliminate energy poverty, have fair pricing of energy and build a strong and resilient system that’s decentralised through community-based energy production. Social equity was also identified as a goal, in which there is collective ownership of energy resources, equal power balance between groups and the growing inequality is put to a hold. Different futures and the pathways towards them were visualised in four roadmaps: Roadmap Municipal Prosumerism, Roadmap Emancipating Prosumerism, Roadmap Networked Prosumerism, Roadmap Professionalised Prosumerism. A valuable output from the session.

Key takeaways of the workshop

Answering the question ‘How to mainstream active participation in the energy transition and make sure no-one is left behind?’ is not straightforward, but the workshop was insightful and provided conceptual tools and practical approaches to ensure more inclusive actions in the field. Throughout the day many enabling or constraining factors that shape inclusive Prosumerism futures were identified, e.g. the need for shifting mindsets, the acknowledgment of energy as a human right, the need to review ownership and governance models or simplifying technology and regulations that make local energy production and sharing accessible for all people.

It became clear that inclusive energy futures arise from basic principles: it’s most effective to reach out to and actively involve citizens, as well as putting effort in educating people on energy. Next to that, it was valuable to see that active participation in energy communities does not always have to mean financial participation or provision of resources, like having space or a roof for solar panels. In many situations motivation, time or other support can be enough.

An important reflection from the roadmapping sessions was that there is a clear need for the local government to have a bigger role in mainstreaming of Prosumerism, both municipal and regional. Municipalities have the mandate and legitimacy to take decisions for the public good and ensure access to renewable energy for all, without discriminating some neighbourhoods over others and in areas where energy communities are not initiated by citizens itself. It was argued that municipalities must be equalisers and they also have the power to make decision-making processes more collective, democratic and open. This could be achieved by municipal leadership, stricter regulations to corporations, but also simpler regulations for citizens to understand and request their municipalities to take back ownership.

Lastly, it is important to draw attention to the ongoing drafting process of the Renewable Energy Directive II and the transposition of EU directives relevant for Prosumers. As PROSEU-colleague Kristian Petrick (DE/ES), Eco-Union, NGO for sustainability transitions in the EU, stated in his presentation, the individual and collective rights of European citizens will be shaped by this Directive and therefore the energy future will be largely impacted by the form and transposition of the Directive. Thus, this process can benefit from input now, so national regulations can enable the mainstreaming of Prosumerism later.

Find all the material from the workshop here. 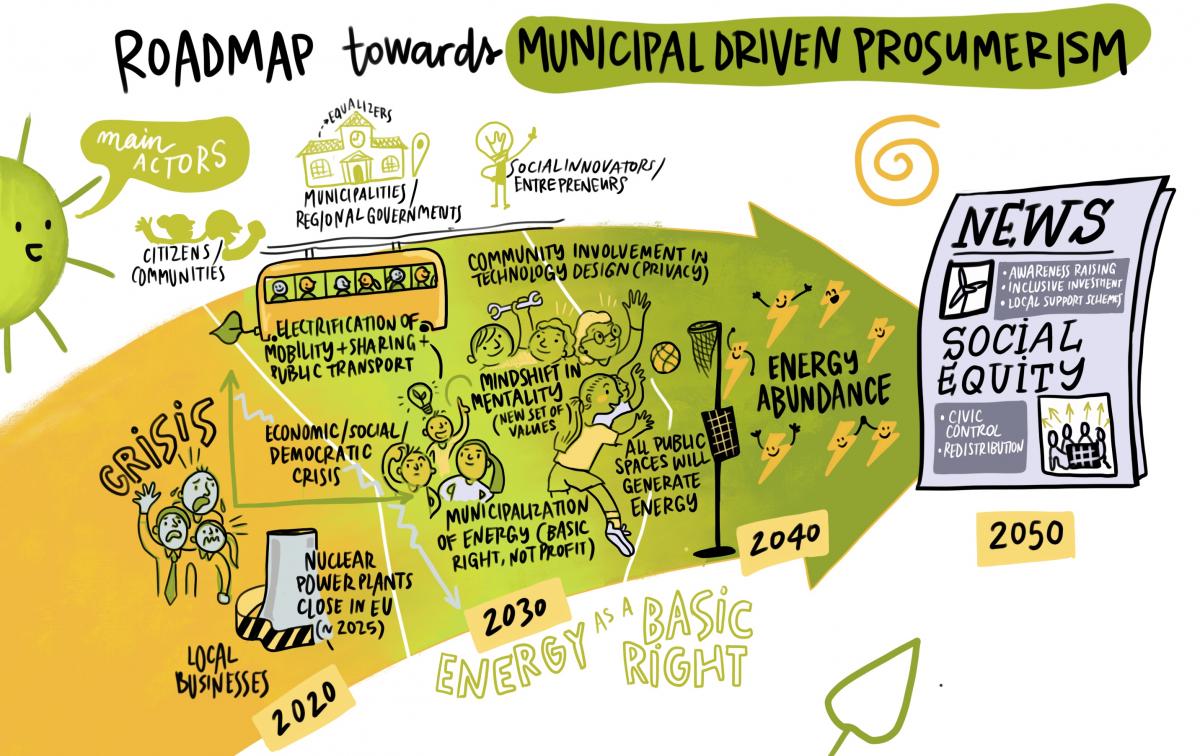 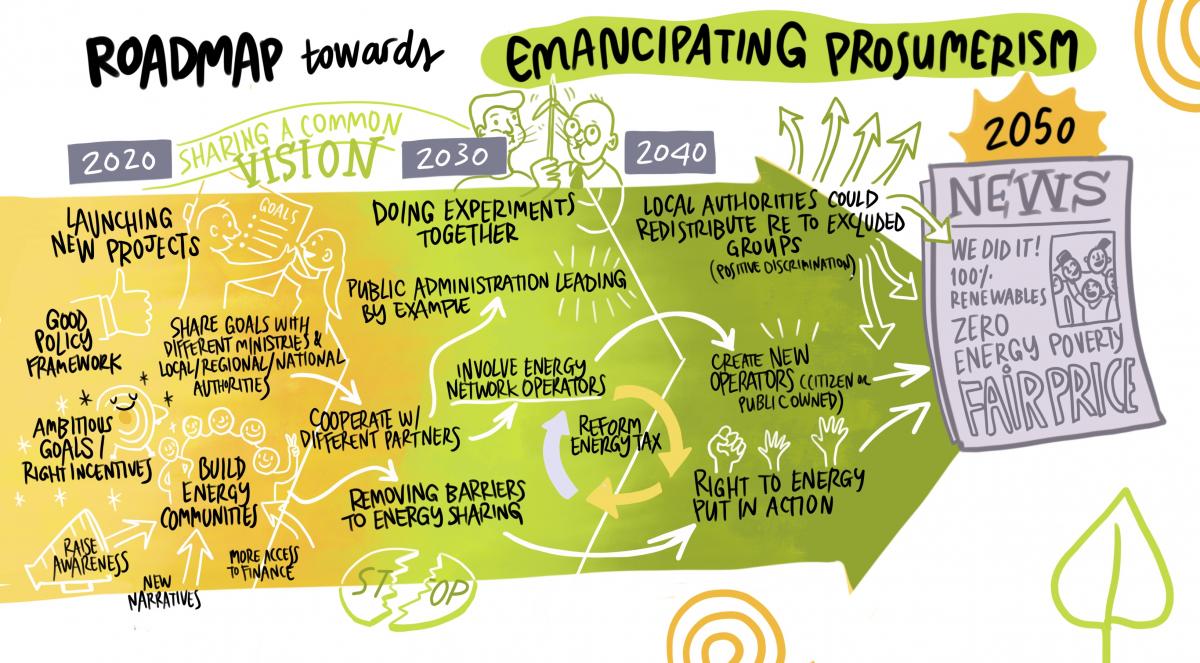 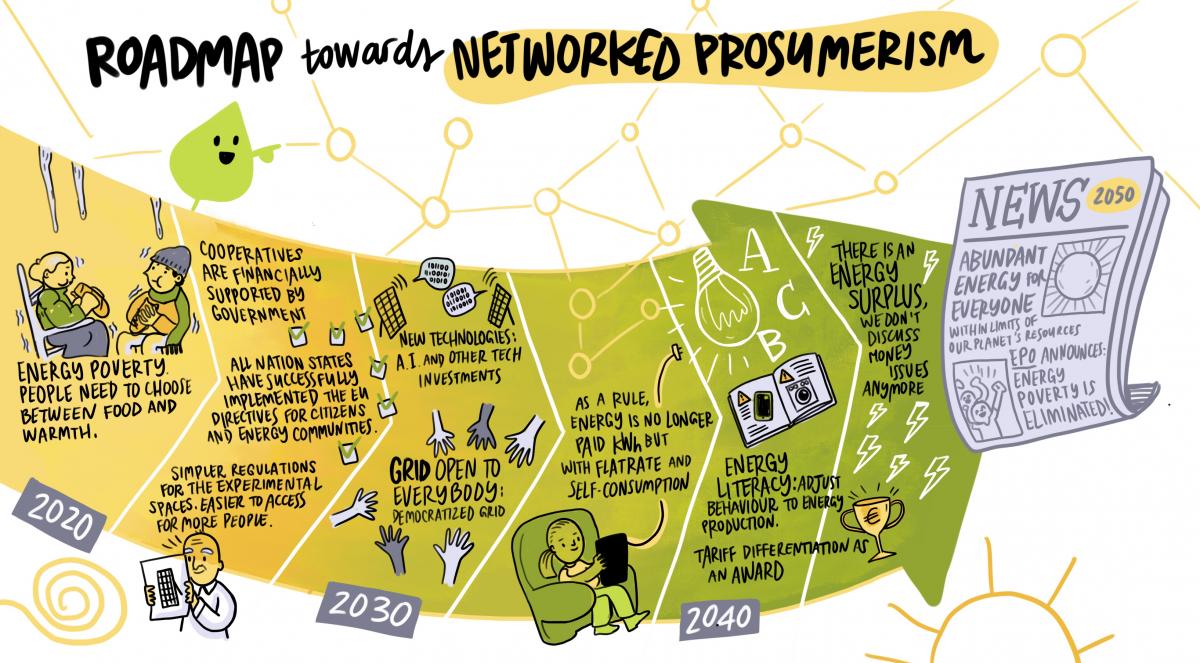 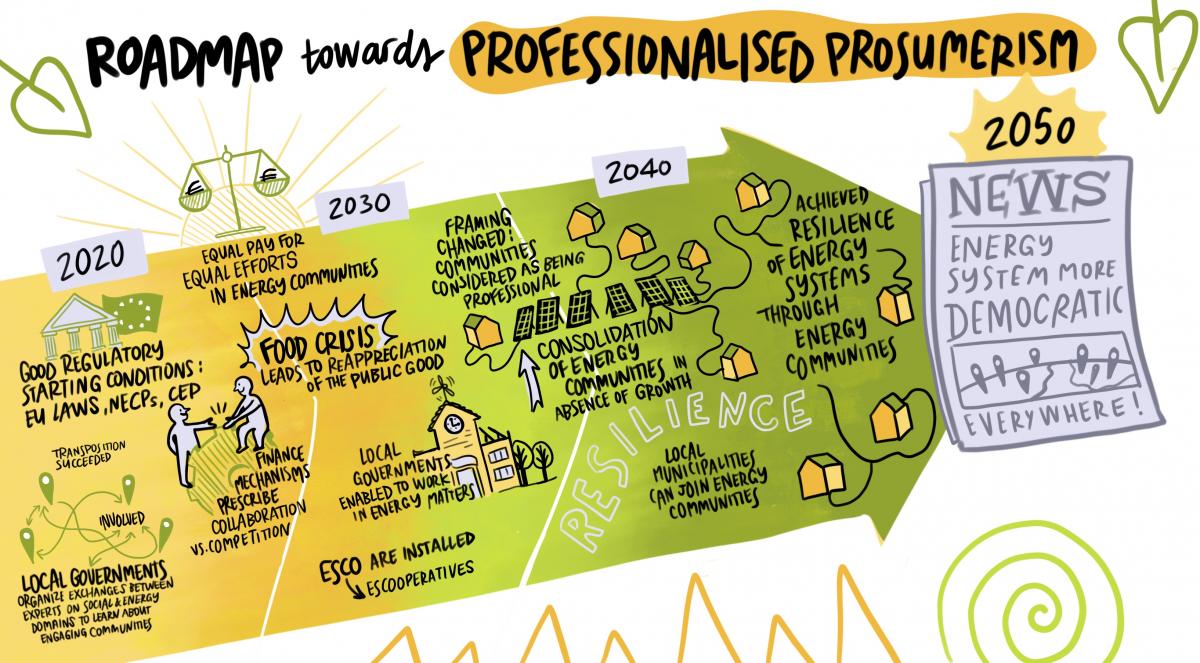